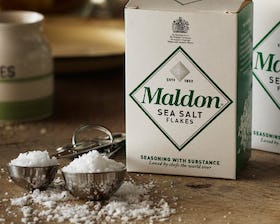 The Osborne’s have been making salt at Maldon for four generations. That’s a long while and a lot of salt for a family both custodians of an ancient culinary tradition and creators of a brand recognised the world over. It is unchanging yet ever-changing, constant yet continuously challenging. The salt stays the same, but there are always new cooks to bring in to the Maldon fold, new recipes that will benefit from the magic of the perfect pinch. On this the Osborne’s thrive. Steven today, his father Clive before him, Cyril in 1934 and great-grandfather James before that. They would laugh if you called them a salt dynasty, but few other families have had such a profound and positive effect on the nation’s taste buds for so long