"If 3/4 of your Gin & Tonic is the tonic, make sure you use the best” - Tim Warrillow Following a 'tonic tasting' on the US market, Charles Rolls - who built his reputation running Plymouth Gin - joined forces with Tim Warrillow, who had a background in luxury food marketing, to analyse the composition of mixers. They discovered that the majority were preserved with sodium benzoate or similar substances, while cheap orange aromatics such as decanal and artificial sweeteners (such as saccharin) were widespread. And so started a 15 month journey. Days in the British Library researching quinine sources from as far back as 1620, trips to find the purest strains of this key ingredient and 5 iterations of the recipe were tasted before Charles and Tim were happy with the result and the first bottle of Fever-Tree Indian Tonic Water was produced in 2005. 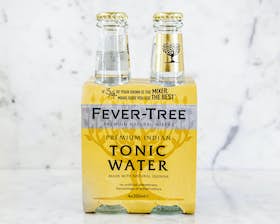