Karma Cola, a challenger soft drink brand, is taking on Cola-Cola with a Fairtrade and organic version of the famous sugary drink, which gives 3p of the cost of every bottle sold to cola nut producers in Sierra Leone. Unlike Coca-Cola, which protects its “secret recipe” formulation, Karma Cola publishes all the ingredients in its version, which contains vanilla, roast barley malt, coriander, nutmeg and lime essence, alongside a range of other Fairtrade and organic flavours. “Everyone should know what they’re consuming, especially when you’re putting it in your mouth,” said Mr Coley. “There shouldn’t be anything hidden.” 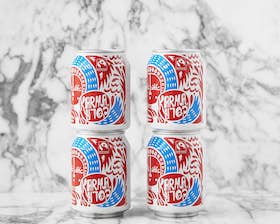