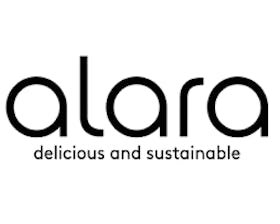 Alex Smith started Alara in 1975 with just £2. He is the pioneer of natural and organic food in the UK and has been actively involved in many organisations and projects promoting sustainability. In 1975 Alex created the first recipe for muesli without added sugar. In 1988 Alara was the first cereal company in the world to be certified Organic. In 2008 we became the first food company in the UK with Zero Waste, nothing goes to landfill from our factory. We've never compromised our values and these and many other 'firsts' are part of our commitment to creating delicious, sustainable, pure foods. We believe in British organic arable farmers and fairness in the supply chain. We source all our oat, barley and rye flakes from British growers. By offering a long term contract and fair prices to the farmers, Alara was instrumental in establishing the Organic Arable Group, which connects small organic farms and has helped the development of the British organic oat sector. This extends beyond what goes in every box of organic oats, museli and granola - we created Alara’s Permaculture Garden situated around our factory at Kings Cross and is a project that started in 2005 transforming a derelict piece of land into a beautiful garden. The idea spread further resulting in a vineyard, an orchard, a community garden now producing unique and biodiverse fruit and vegetables.