Celebrate this British treasure and throw together a textural salad with apple and dill, pair its mustardy kick with smoked fish dishes or pep up an omelette with a handful of fresh leaves. Make a classic soup with potatoes to serve hot or chilled.

Keep organic watercress as you would a bunch of flowers in a jug of water in the fridge, leaves covered with a plastic bag. View all our recipes 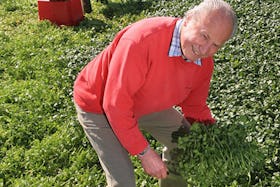 John Hurd was the first watercress grower to gain organic status in 1994, after his family had been producing it for decades. In 1991, John Hurd installed the first National Rivers Authority approved settlement tank in the UK. The tank allows silt and organic debris to settle before water is released, thus helping to maintain a natural balance in our rivers. Watercress beds are flooded and sluiced, ridding the product of pests, without the need of toxic pesticides. Eight acres of watercress are under cultivation producing watercress all year round (subject to weather conditions). Hygiene and water purity in the cultivation of watercress is paramount.